Getting Into the Spirit of Halloween 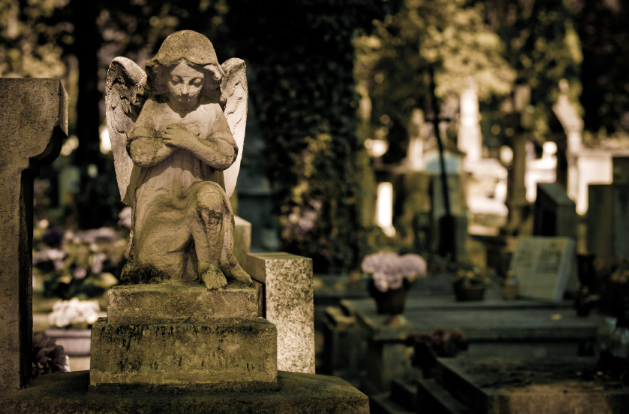 Halloween’s right around the corner and of course our fair city has come to the party with her costume already on! Charleston is rich with hundreds of ghosts whose stories can be overheard walking around downtown in the evenings now, as you’re sure to pass at least a few ghost tours in the shadows. But in addition to the tales of the departed-but-not-forgotten, Charleston’s traditional Gullah culture is rich with Hoodoo folk legends as well.

Do you know what has an aversion to salt and is incapable of passing a broom without counting the bristles? Do you know why Charleston’s porch ceilings are painted blue? 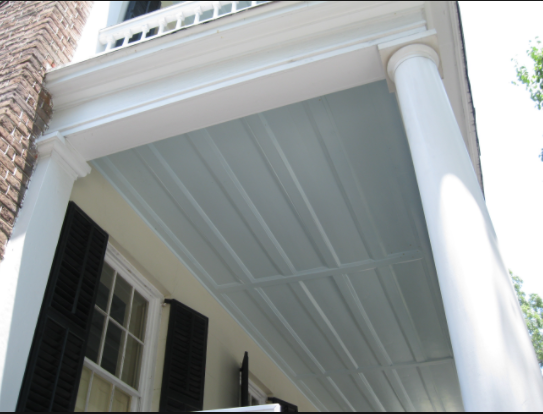 The term "hant" is an old Gullah word referring to a ghostly presence. Over the years, "hant" turned into "haint" and it stuck. Stories of old had people painting their piazza ceilings "Haint Blue" to ward off evil spirits. What started as a superstition about the supernatural is now a design trend. You can actually find a number of stores in the Lowcountry that offer paint named after this custom. Hues such as Piazza Blue, St. Cecilia, Alicia's Bedchamber and Blue Heron are all part of the Historic Charleston paint colors selection.

The Legend of Boo Hags


While we can’t speak to the presence of ghosts, protection from boo hags seems to be pretty well guaranteed. Wait, what? What is a Boo Hag? This illustration by Caldecott Medal winners Leo and Diane Dillon sums it up perfectly. 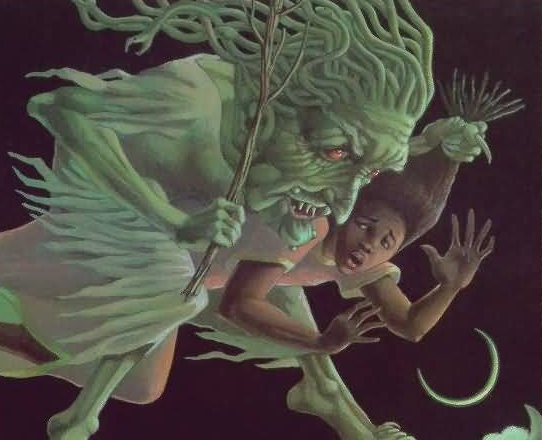 According to Gullah legend, a “boo hag” is an evil spirit that uses witchcraft to manipulate people and steal energy from the living while they sleep. Boo hags are undead beings that feed off of living humans, sort of like vampires. They are skinless, so to survive in the world of the living, they’ll steal a living person’s skin, and wear it so that they can move about without suspicion. At night, though, they shed the skin, and go looking for a victim to “ride.” Boo hags are crafty creatures. They can get into your house through very small openings—especially a keyhole. Once inside, they’ll sit on a sleeping victim’s chest, and steal their breath, or, more specifically, their energy. A boo hag will “ride” its victim all night long, then sneak away before dawn to return to its skin. If it can’t get back to its skin before the sun comes up...poof...it will be destroyed. If you’ve ever woken up exhausted after a full night’s rest, you may have been visited by a boo hag.

How do you protect yourself? Like other evil spirits in Gullah culture, boo hags are repelled by shades of indigo blue. Painting the ceilings of your porches haint blue will discourage boo hags from stopping at your house. Salt, too, is a good boo hag repellent. Also, they can’t seem to pass a straw broom by without counting every last strand. By the time they finish counting, they typically don’t have enough time to get back to their skin before the sun comes up. Sieves and strainers will also work, because they’ll need to count all the holes. Some boo hags are able to count fast, so you might want to keep a few bristled brushes and strainers around.

A hungry traveler in the lowcountry stopped by an old cabin, drawn by delicious cooking smells. "Oh I wis I kin git a biscuit, some gumbo, and a slice o' bakin'. " Just then, a woman walked out of the cabin and into the yard. He offered some work for her in exchange for a meal. The meal she served was delicious. The man stayed on, first as a handyman doing work for room and board. Eventually, the man and woman entered into a common law marriage. One night, the man awoke in the middle of the night to discover the woman had vanished from the bed. He figured she might have gone to the outhouse because she was feeling bad. In the morning, he asked if she had slept poorly. To his surprise, she answered she had lain comfortably fast asleep all night long.

The next night he pretended to sleep. After awhile, he heard the woman rise and say: "Tu'n and spin, come off skin." He heard something get chucked under the bed, but still he lay quiet. Then, he heard the woman say, "Lay dar skin, with dat fool sl'epin' in de bed, ontwel I come back. I gwine ter ha' some fum. I is!" The man lay there a long time until he was certain the woman was gone. Then, he rolled over and looked under the bed. Sure enough, he found the woman's empty skin lying there. There was no doubt about it--his wife was nothing but a Boo Hag. She had tricked him into marriage by pretending to be a natural woman. He knew what he must do. He pulled the Boo Hag's skin out from under the bed. It felt cold and nasty. Then, he went to the kitchen shelf and took salt and poured it in the empty skin. For good measure, he added in some red pepper. Then he threw the skin back under the bed, and laid down and pretended to sleep while he waited for the Boo Hag to return. 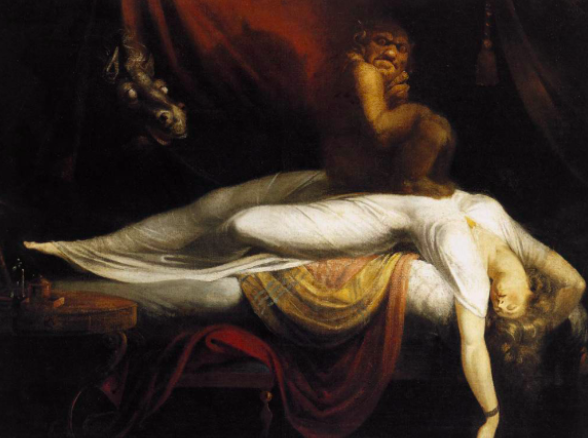 Sure enough, as the sun was about to rise that morning, he heard the sound of something on the floor--like the skin being dragged out from under the bed. Then, he heard the Boo Hag laugh and say, "I done ha m' some fum. Ma work’s done, so, skin, le' me in." There was a pause. Then, he heard the Boo Hag say, a little more insistently: "Skin, le' me in!" Still, he waited, pretending to be asleep. Then as the sun rose outside, he heard a yowl and a moan. Still, he waited, pretending to be asleep. The salt had shrank the Boo Hag's skin. The red pepper burned. He heard the haint frantically scrambling to get back in the shrunken, salted skin before sunrise.

The Boo Hag started screaming, "Skinn-ee-y, Skinn-ee-y, don't ya know me?" He heard her hopping around, making an awful ruckus, and howling, as the skin burned and stung. Finally, he heard a long painful groan and a loud thump. The Boo Hag had fallen down and made no more noise. Cautiously, the man turned around and there was nothing but salt all over the floor with little bits of shredded, dried old leather. He said, "Dat the end of dat ole Boo Hag." Straight away, the man gathered up his things, took some salt, and left that old hainted cabin and never looked back.